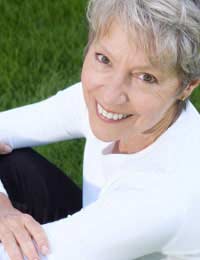 It seems as though most women dread menopause and it is hardly a surprise, given the culture in Britain and elsewhere in the world. Menopause has picked up a number of myths about women's health that have become almost engrained in the minds of men and women. Rather than respect and appreciate menopause for the natural, normal change that it is, we seek to either ignore it or treat it to make it 'go away'. Sadly, all of these negative attitudes and myths about menopause have led to a stigmatisation of menopause and women's health, which affects each woman as she approaches and experiences menopause.

Menopause is a part of women's health and it is also the body's natural, normal and healthy ageing process. Still, there is a stigma that a woman is old and unattractive once she has experienced menopause. Youth is considered attractive and for women in particular, ageing is seen as something to be dreaded, both physically and cosmetically. The end result of this stigma is that men become more focused on finding a youthful woman while women become obsessed with preserving their youth and rebelling against the natural changes of menopause.

While there is nothing wrong with trying to maintain the vitality of youth as much as possible in terms of physical health, fitness and nutrition, our health can be affected when we incorrectly focus on menopause as a disease. By ignoring the unique health needs of a menopausal woman or by medicating each woman rapidly before assessing her risk factors, symptoms and potential side effects from treatment, her physical and cosmetic health can actually be adversely affected, rather than improved.

In our society, a sexual woman is seen as a young woman. We imagine that an older woman simply loses her sex drive and has no interest in sex or even the capability to have sex. The image of a woman's parts simply turning 'off" and ceasing to function is a common myth of menopause and women's health. Although a woman may experience symptoms and changes to her sex drive and her physical response, some women will cite increased drive and sexual activity due to reasons such as not worrying about birth control.

Menopause signals the end to a woman's fertility but this fertility is not synonymous with sexual pleasure. Not only that, but sex is not simply an act of physical pleasure but also one of intimacy and closeness between two people. Women report these intimate feelings as sometimes being more intense after menopause has occurred.

Removing the Stigma of Menopause

The stigmatisation of menopause has occurred over a long period of time. Correcting the attitudes, stigmas and assumptions that people make about this natural change of life will similarly take a great deal of time. There will likely always be some myths that exist about menopause, but you can help to reduce the stigma of menopause by educating yourself and those around you on the facts and challenges of menopause. In this way, you can experience menopause in a positive way, both by your own positive thoughts and the support and encouragement of those around you.