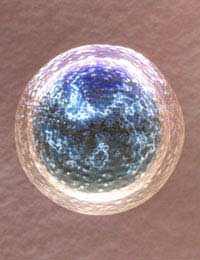 While a female who is experiencing menopause may know all too well what menopause can do to her body and emotions, she may wonder just what happens to set menopause in motion. Menopause is a natural process that starts in a female when her ovaries begin to produce less oestrogen and progesterone, two important hormones that regulate menstruation.

What Sets Menopause in Motion?

When the ovaries essentially 'run out' of functioning eggs, menopause occurs. If you think about a female's body at birth, the average female has approximately one to three million eggs. These eggs are slowly lost throughout a woman's lifespan. In fact, by the time a girl has her first menses, she only has around four hundred thousand eggs left. By the time menopause comes around, she could have less than ten thousand eggs.

Every female will lose a very small number of eggs through the normal ovulation process of her monthly cycle while the majority of her eggs are lost – or die – by a bodily process known as atresia. Consider your hormones – you have one known as Follicle-Stimulating Hormone (FSH) – produced by the pituitary gland, which is one of your reproductive hormones. Usually, FSH is responsible for the growth of your eggs in the first half of the menstrual cycle. However, as menopause begins to near, the 'leftover' eggs start to become much more resistant to the FSH that is produced by the pituitary gland. In turn, a woman's ovaries significantly lower their production of another hormone called oestrogen. It is this loss of oestrogen that is associated with the vast majority of the symptoms commonly experienced during the transition to menopause.

Although it would perhaps be nice to know when menopause will happen for each of us, there is no way to predict the precise date when it will occur. Most women can expect that by their late thirties, their ovaries will begin to make less oestrogen and progesterone, the two hormones regulating the menstrual cycle. When this occurs, there will be a smaller number of eggs that ripen in the ovaries every month and it will also be more difficult to predict when ovulation occurs. Not only that, but the rush of progesterone following ovulation is reduced. This is one reason why fertility declines as we ago and it is harder to become pregnant as we near our late thirties and beyond.

Menopause and Your Genes

Genes will also largely govern your age at menopause. This means that if you have a family history of early menopause, you will similarly be more likely to experience early menopause. Our knowledge of how genes influence the onset of menopause is actually quite important in the sense that women who plan to have children later in life may choose to do so at an earlier age if other family members experienced earlier menopause.

Other Causes of Menopause

There are actually a number of other causes that can trigger the process leading up to menopause. One study several years ago found a gene defect that led to early menopause – or premature ovarian failure. Medical treatments today can also cause early menopause. The reason for this occurrence is that treatments such as chemotherapy or radiation therapy can damage the ovaries. Another cause of menopause is when a woman has her ovaries surgically removed. The result is a very abrupt, immediate menopause, with more intense symptoms than those occurring when menopause happens naturally. Smoking can also cause a slightly earlier onset of menopause.

Clearly, there are a number of factors that can cause menopause to occur earlier, whether they are lifestyle factors or ones related to genetics, surgery or a medical treatment. For most women, however, they can expect menopause to occur sometime around the average menopause age of fifty-one, when their reproductive system is no longer providing an egg that is ripe for fertilisation and they cease menstruation. In a perfect world, a woman might be able to pinpoint her menopause date and prepare accordingly but ultimately, the best you can do is look after yourself now and handle menopause symptoms if and when they occur. Above all, if you approach menopause with a positive attitude and the knowledge that it is a healthy, normal and natural part of life, you will fare much better emotionally and mentally.

Predicting Menopause from the Womb
Share Your Story, Join the Discussion or Seek Advice..
I had my ovaries removed. Does this mean I have no Oestrogen? Do you lose Oestrogen completely during natural menopause. I ask because I have tried to come off Oestrogen only HRT many times. I manage for about two weeks and then I have psoriasis on my arms and knees, and find I cannot think straight. I play scrabble regularly and when I stop the HRT (I only take one every other day and lowest strength) I am useless when I play. Is this all in my mind? I exercise regularly, eat healthy and meditate plus yoga. I also have bad sleep patterns and the other usual symptoms associated with menopause. Any suggestions. Thank you
Mo - 5-Sep-12 @ 7:59 AM
Title:
(never shown)
Firstname:
(never shown)
Surname:
(never shown)
Email:
(never shown)
Nickname:
(shown)
Comment:
Validate: