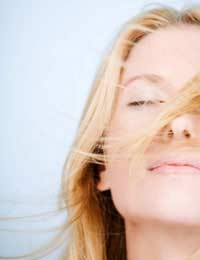 It is estimated that more than three-quarters of women will suffer from hot flushes as they go through the menopausal transition. Hot flushes can be very uncomfortable and embarrassing, affecting the ability of women to function at work, in the home and socialising with friends.

For this reason, finding new treatments to relieve hot flushes is essential to help women everywhere. Also important is that we investigate treatments that do not include hormones because some women wish to avoid hormonal and prescription medications.

Fortunately, a new study has been done in this important area. It looked at the benefits of hypnotherapy to see if this may be an alternative for women who suffer from hot flushes. The study found that when women pictured certain images associated with ‘coolness’ during a hypnotherapy session, they showed significant decreases in their hot flushes.

Inside the Menopausal Brain

It seems that certain parts of the brain are activated by these images in a way that a woman would perceive the event is actually occurring. It means that if a woman is suffering from hot flushes and imagines a place that is cooler, her body responds by feeling cool instead of hot.

Hypnotic relaxation therapy has shown promise in older studies but this study is the first to use specific mental images for women who suffer from hot flushes. Researchers looked at approximately fifty women and asked them to identify a personal image to help reduce hot flushes. While some women used an image of a place they had previously visited, other women provided more general images they liked.

The results showed that by picturing a cool place, women experienced a reduction in their hot flushes. An interesting finding was that if a woman was asked to use a mental image associated with warmth, she became relaxed but her hot flushes didn’t decrease.

Typical images that the women participating in the study pictured were cool mountains, snow or other outdoor scenarios that related to coolness. A number of women conjured up images of cool water, frost or cold air. Some used images such as a forest as well.

Researchers believe that one reason this study was so effective is because the images came from the women themselves, rather than being prompted. These images were more personal depictions of coolness and helped give the women a real feeling of being in that place. Somehow, their brain registered this image as being real enough that there was an induced sense of actually being present in the themed place.

Hot flushes remain a significant problem for most women going through the menopausal transition. While current treatments include both hormonal approaches and non-drug therapies, finding more options to ensure each woman has a treatment that works remains important. Hypnotherapy appears to be an effective alternative to drug therapies that has low potential for harm, making it a worthwhile option to try if you suffer from hot flushes.
Next Page