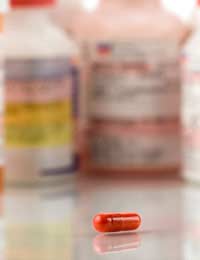 Despite menopause being a natural and normal part of life for women, it is still a change that some women are keen to delay for as long as possible. But why delay it? A growing number of women are planning their families much later in life.

As women age, their fertility declines, which tends to happen in the thirties and the years that follow. Once a woman reaches menopause, she is no longer fertile and able to conceive and carry a child to term. With women focusing on education and careers well into their thirties and forties sometimes, they may want to have children but do so later in life.

For this reason, delaying menopause would seem to be an ideal approach to family planning. However, the concept of delaying menopause is obviously not without its critics. Those against the idea believe that 'messing' with nature goes against ethical and moral principles. Another issue that some people have with the concept is that as we age, there are age-related health issues and concerns that could make parenting more physically challenging, particularly in terms of sheer energy.

Others respond by saying that the financial stability and maturity of women in those older years can mean that they make much better parents and can provide a very stable and positive home atmosphere.

There are new drugs that are still in the developmental stages, but they could keep menopause at bay, to some extent. Their purpose is quite simple – to provide an option for women to remain fertile for longer, allowing them to have a child.

Researchers recently identified a protein that they think could ultimately lead to the creation of a pill or injection, which would allow a woman's eggs to remain viable for longer. For women who find that the timing previously hasn't been right for a child, only to experience menopause before having the opportunity, this development could provide hope and promise to these women.

The number of women in their forties receiving In Vitro Fertilisation (IVF) treatment has significantly increased over the last two decades. However, this treatment has a lower chance of success once a woman reaches her late thirties to early forties, since fewer eggs are produced at that time.

Researchers think that this signifies an important need to improve fertility and delay the onset of menopause. They feel that the identification of this new protein could make an enormous impact on improving a woman's odds of conceiving, plus do so without risk to the woman.

Still, although early indications are that the treatment would be a safe one, there would still need to be stringent clinical trials to ensure the safety of the pill or injection. Given that the research is still in its developmental stages, it will take many years before the treatment could become a viable reality for women who want to delay menopause.

It is difficult and challenging when a woman wants to have a child in her later years but is faced with the hurdles of biology, as her fertility declines and it becomes much more difficult to conceive. This potential new treatment does bring hope to women although time will tell if it is truly effective and safe.

Flaxseed Oil and Osteoporosis
Share Your Story, Join the Discussion or Seek Advice..
There's a yes and no to this. Yes, a number of women are waiting until their late 30s to have children, for several reasons, mostly career and financial stability. Conceiving can be more difficult, but with various aids, including IVF, most can achieve it. This is slightly different from delaying menopause. That is still more theoretical than practical, and although the idea will appeal to some women, many will choose to let nature take its course. But the reality, for most at least, is still some time away.
Liz - 4-Jul-12 @ 8:24 AM
Title:
(never shown)
Firstname:
(never shown)
Surname:
(never shown)
Email:
(never shown)
Nickname:
(shown)
Comment:
Validate: