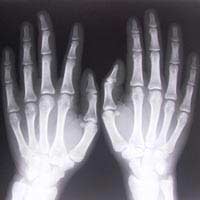 Osteoporosis is a devastating disease that weakens bones and increases the risk of fractures. Prevention is key but treating those who suffer from osteoporosis is similarly important. For women, the menopausal transition puts them at a heightened risk of osteoporosis because they lose the protective effects of oestrogen on their bones.

Who is at High Risk?

The lack of success with other treatments could be due to side-effects and problems tolerating the drug. It could also be that the drug did not help with their bone density loss.

How Does the Drug Help?

A three-year study on postmenopausal women showed that the drug, known as Prolia, helped to lower the incidence of fractures, specifically those in the hip. It also helped with both vertebral and non-vertebral fractures.

Reactions to Know About

As with any drug treatment, however, there are still some side-effects you should be aware of before you take this drug. The common ones that participants in the study experienced were back pain, high cholesterol, bladder infections and musculoskeletal pain.

Serious reactions were skin infections. There were also other reactions such as eczema and rashes as well as a condition where blood calcium levels are too low. You need to carefully consider all of these reactions before taking the drug and be on the lookout for signs of the reactions too.

Many people have the mistaken belief that bone is unchanging. But in fact, it is in a constant state of turnover. This drug helps to suppress that turnover. In one sense, this is a benefit but in another, it can also make the healing of fractures take longer and it is linked to a bone disease known to affect the jaw.

Talk to Your Doctor

You should talk to your doctor about any risk factors you already have for the above side effects. Then, you can decide if this treatment is right for you. As mentioned already, you need to be considered at high-risk to be eligible for the treatment.

How Often Would I Take the Drug?

It is taken as an injection every six months. The way it works is to lower the damage of bone tissue. It also increases the amount of bone and improves its strength. All of this is important for women who suffer from osteoporosis.

Osteoporosis remains a huge public health concern for women around the world. Its prevalence and the challenges of prevention and treatment make it an important area of research today. Hopefully, this new injectable osteoporosis drug is a successful option for postmenopausal women at high risk who need an effective osteoporosis treatment.